Elixir of the Sun 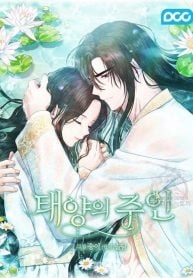 Bayan is an outcast amongst the Siyo, a people who have healing powers. Considered worthless because she doesn’t have the ability to heal others, Bayan is sent to the court of Dhan, the Great Sun Emperor, who is cursed with unrelenting bloodlust and slaughters his concubines mercilessly. It seems that Bayan’s fate is sealed the moment she reaches the emperor’s palace and Dhan is fated to suffer from madness forever… But together, Bayan and Dhan just might be able to change each other’s destiny.

Happy Ending for the Time-Limited Villainess

My Husband is an Antisocial Count

Once Upon a Time in a Zombie Empire

It’s Up to Us to Fight the Tyrant

Get a Male Lead for Every Book

Disguised as a Butler, the Former Princess Evades the Prince’s Love

The Perfect Way To Get Married