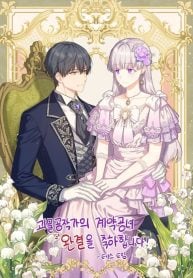 The Speràdo family line possesses a secret: shadow magic. But it’s been 100 years since someone last wielded it. When Marquis Speràdo tries to sacrifice Leslie for her favored sister Ellie, little does he know that this awakens the power of darkness in her instead. To escape her family’s greed and abuse, Leslie’s out to make a deal with the Monstrous Duke: adopt her, and her powers will be at the duke’s disposal. Will Leslie escape her parents’ cruel grip, or succumb to their evil exploits?

Romance in the Beast World

‘The Villainous Princess Wants to Live in a Cookie House

The Evil Girl Makes Her Debut In a Glamorously

I Tamed the Male Lead Who Tried to Kill Me

The Taming of the Shrew

The Dignity Of Romance

Disguised as a Male Secretary