My Ace is Sweet 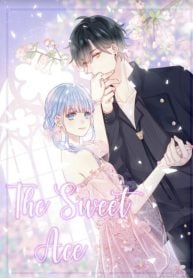 My Ace is Sweet

Wei Mingxue, who’s always dependent on others, became a black swan. Not only was she well-off in her career, but she was the epitome of a perfect lover. She tolerated her colleagues scheming, but during an emergency, not only was she abandoned by those colleagues, her boyfriend also cheated on her! Despite these hardships, Wei Mingxue did not fall to their slander. Her strength lies in her will. As long as she doesn’t give up, she will always rise on top.
Show more

Her Royal Highness the Princess Returns to Full Level

Let Me Fall Be Brilliant

Lend Me Your Lips

I’m Being Shipped With The King of Film!

Everyone Else Is a Returnee

Surviving as a Mage in a Magic Academy

Who Stole The Empress

I Will Stick to the Protagonist

No Place For The Fake Princess

Grand Duke, I Can’t Do It Because It’s Too Cold in The North