The Empress Of Ashes 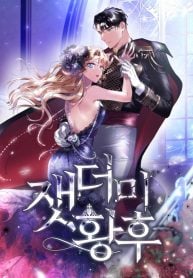 The Empress Of Ashes

Emperor Alec lost his wife Afrosa. He did not simply punish those responsible for her death, but also went so far as to burn down the castle and kill himself. However, he woke up and found himself in the past. “I will change it all one by one.” For your sake. Because God brought me back to life in order to have you once more. Alec, who wanted to create a new future where he would not lose his wife and child again. However, his love for them gradually turned into a blind obsession. “What’s wrong? Why are you acting like this?” “Same for you.” “What did I do?” “What’s wrong with you too?” “…….” “You’re mine. Because you’re my wife. If anyone treats you like some b*tch they stole from me, I will rip out their intestines and chew off their bones.” On the other hand, Afrosa constantly felt unfamiliar with her husband’s changed personality. Until one day, she had a strange dream which confused her… ‘My husband is not the same. If I don’t run away, I will meet the same end as before.’ The unfamiliar woman standing next to her husband… Her own shabby silhouette… Sickened by the vividness of the vision as if it were all reality, she could no longer stand to look at her husband. Is this all actually a dream?

Ice Lamp – The Chronicles of Kira

The Baby Hostage Is So Cute

The Princess After the Revolution

Daughter of the Spirit King

I became the Despised Granddaughter of the Powerful Martial Arts Family

The East Wind of the Altas

I Don’t Trust My Own Sister

The Princess Wishes To Die Peacefully!